Dana was a MainMan artist who moved to New York City in 1972. The US MainMan HQ was located at 405 Park Ave NYC and the London office remained at Gunter Hall Studios, Gunter Grove, Chelsea. 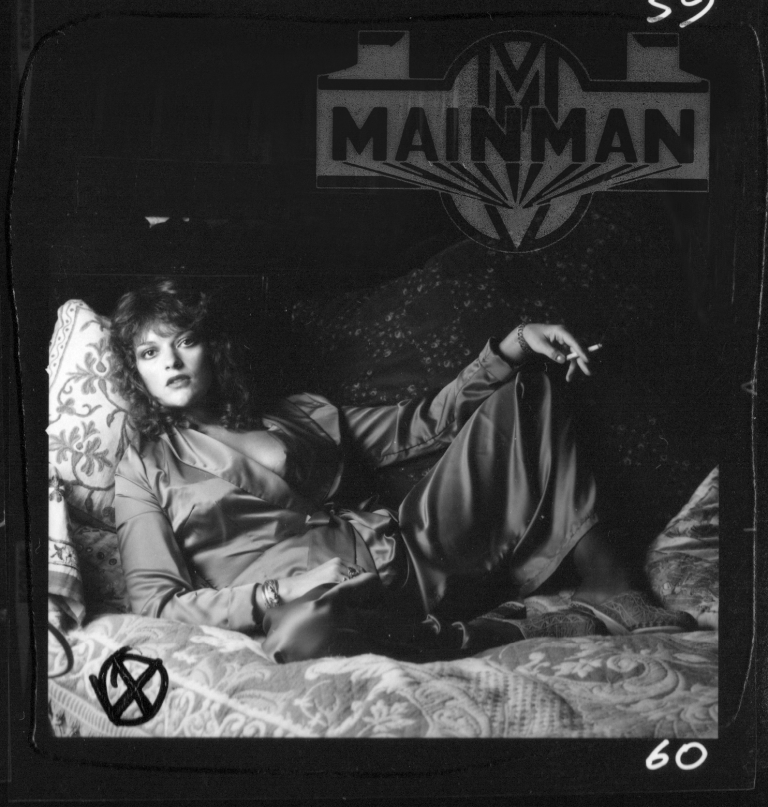 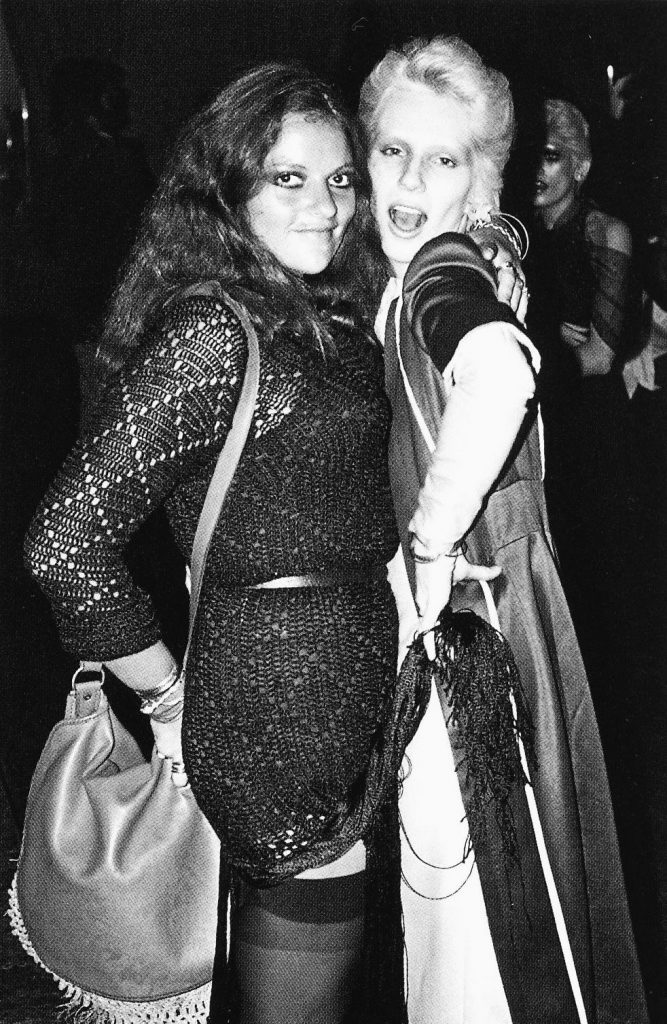 Initially Dana stayed with David, Angie, Zowie and Marion the nanny in the MainMan suite at the Sherry-Netherland Hotel.

Defries made sure that David had everything he needed including installing a Grand Piano in the suite. This provided a creative atmosphere for David to work on new/existing songs with Ronno and jam with visitors like Mick Jagger and others.

Defries hired several cast members from Andy Warhol’s play ‘Pork’ to run  MainMan in the US. They were utterly uninhibited, unrestrained and flamboyant. They were outside of the mainstream and willing to do whatever was needed to fulfil the mission. Defries relied upon their essential wild and crazy qualities and complete devotion 24/7. 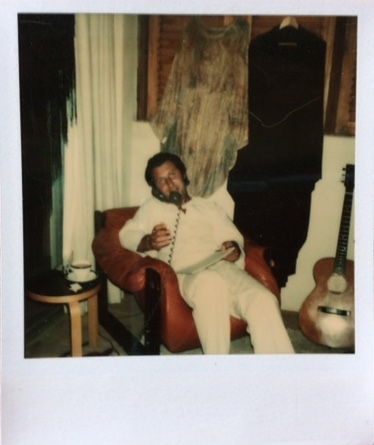 The first part of the mission was to use their contacts in the press, the LBGTQ community and underground theatre to generate publicity for Bowie. In the 1970s the meat packing district of New York included an unlikely theatre district affectionately known as “the Trucks”. This was as far away from Broadway as you could get and inspired the most outrageous productions featuring people like Patti Smith, Wayne County, Divine, John Waters, Annette Peacock, Nico, Andy Warhol superstars, Ingrassia.  Slightly more up market were Joe Papp’s Public Theatre and the Theatre of the Ridiculous. This environment was particularly receptive to accepting Bowie as a star.

Dana continued to work in stage, film and live performance while dividing her time between New York and London. She often took her British band including drummer Simon Phillips from Jesus Christ Superstar who was only 16 at the time with her to New York.

“The Lioness” session – Dana photographed by Terry O’Neill in 1974.

Defries arranged for Dana to move in to an apartment at 240 58th St between 2nd and 3rd Avenues in New York. This had previously served as the MainMan office where Defries also occasionally lived. After that it was occupied by Iggy Pop and Wayne County – imagine the parties they had !!! 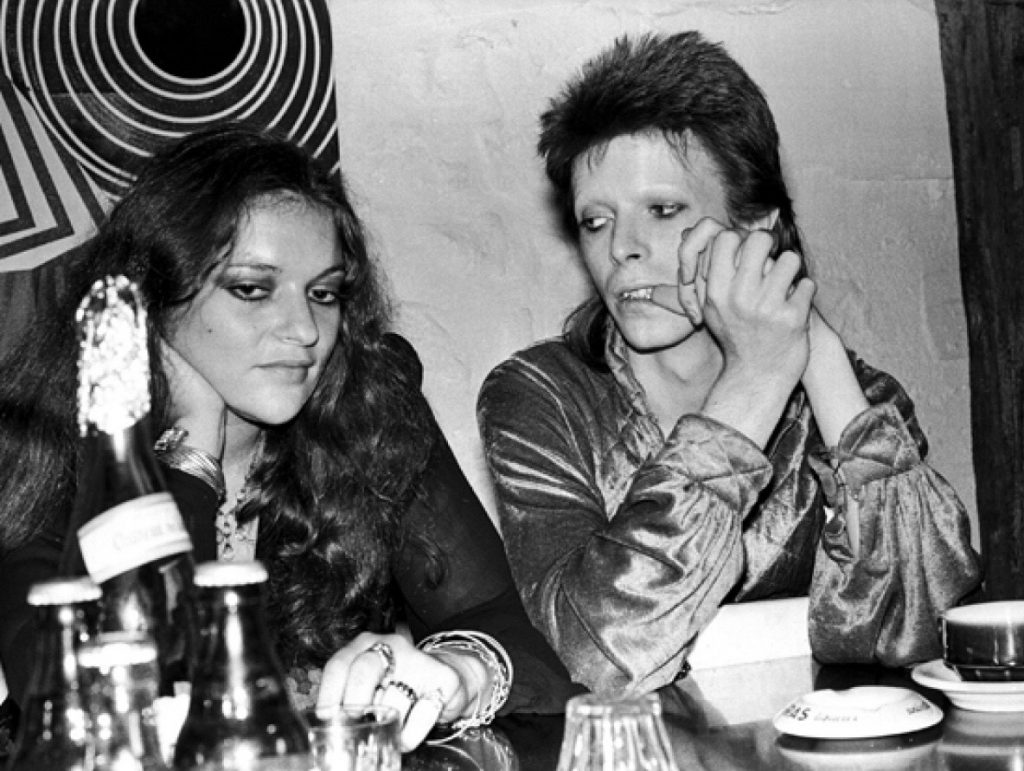 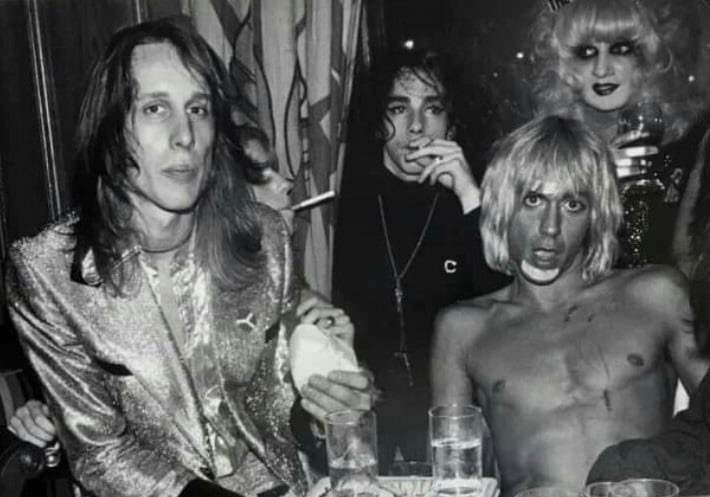 In the summer of 1973 Angie and Dana were regular visitors to the Château d’Hérouville in France where David and The Spiders were recording the Pin Ups album and Ronson’s Slaughter on Tenth Ave album. Check out this link to buy Only After Dark, The complete MainMan recordings.

During the Pin Ups sessions Bowie recorded a version of the Velvet Underground’s White Light/White Heat. Although it was never included on the album the backing tracks were used  by Mick Ronson for his version of the song on his Play Don’t Worry album in 1975.

The hectic pace of MainMan activities in the 70s required real time communications between many different locations which was managed by telex machines – the precursor of email. Here is an extract from a telex sent by the MainMan office in 1974 with details of the Ken Russell film Mahler in which Dana played the role of Gustav Mahler’s first lover Anna Von Mildenburg. 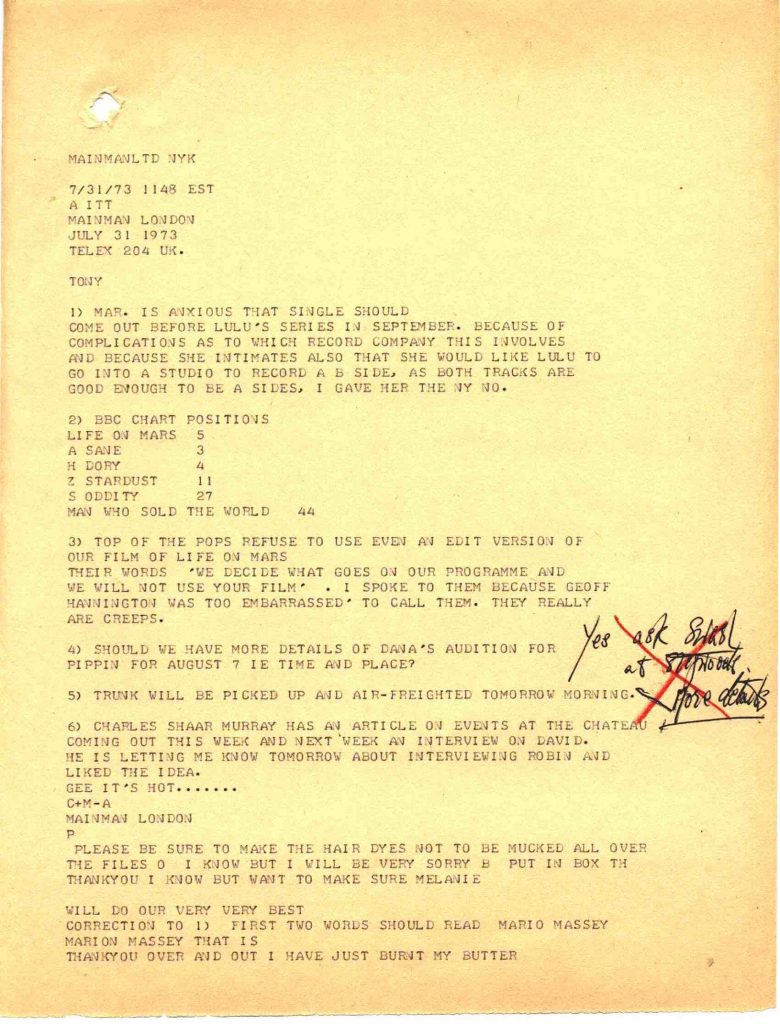 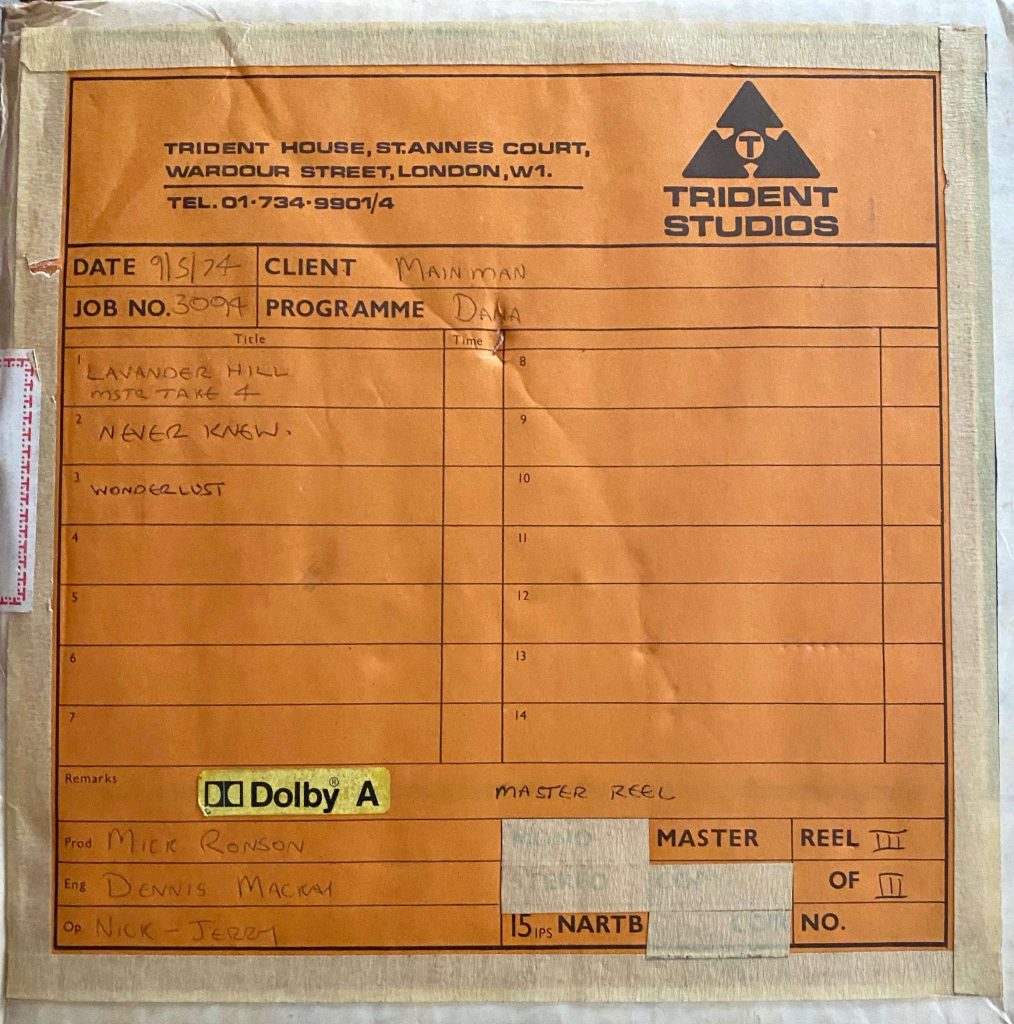 In 1974 Dana recorded her second MainMan album ‘Ain’t Gonna Play No Second Fiddle’ at the legendary Island Studios in the UK.  These recordings and others made during the MainMan Years have recently been reissued as What Memories We Make. 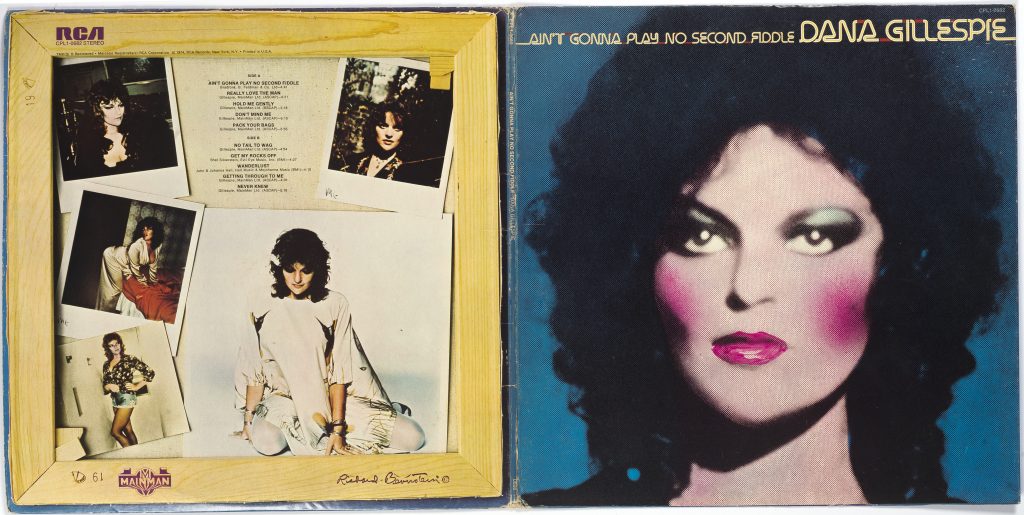 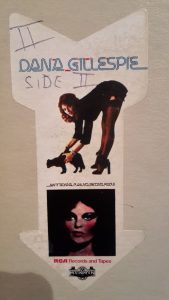