Tony Defries explains how he deconstructed David, giving him the freedom to become 'Bowie'.

In 1843 Charles Dickens famously addressed social issues of inequality and poverty, working conditions and child labor in A Christmas Carol when the ghost of Christmas Present shows the hardhearted wealthy miser Scrooge two poor children. Lionel Bart revisited this theme when Oliver and the Artful Dodger sang Who Will Buy This Beautiful Morning in his marvellous musical Oliver. The song was inspired by Street Cries/ Strawberry Woman from Gershwin’s Porgy and Bess. These are all examples of authors and composers that suffered from punitive unfair print and music publishing contracts for centuries that deprived them of their rights in return for little or no compensation. 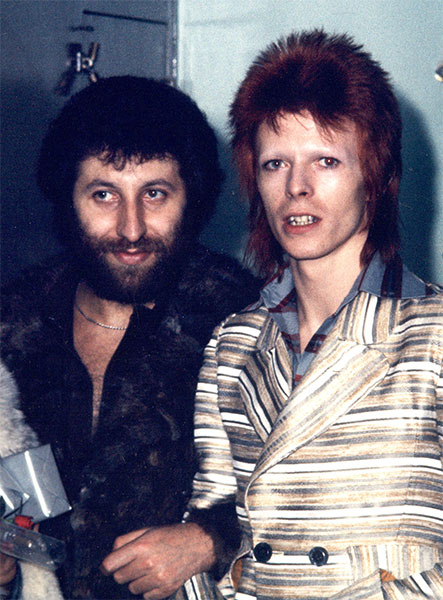 Fast forward to 1970 when I explained to David and Angela that the recording industry’s standard artist’s contracts included language to deprive performers of their rights in return for little or no compensation, although I had not yet seen his Mercury contract. 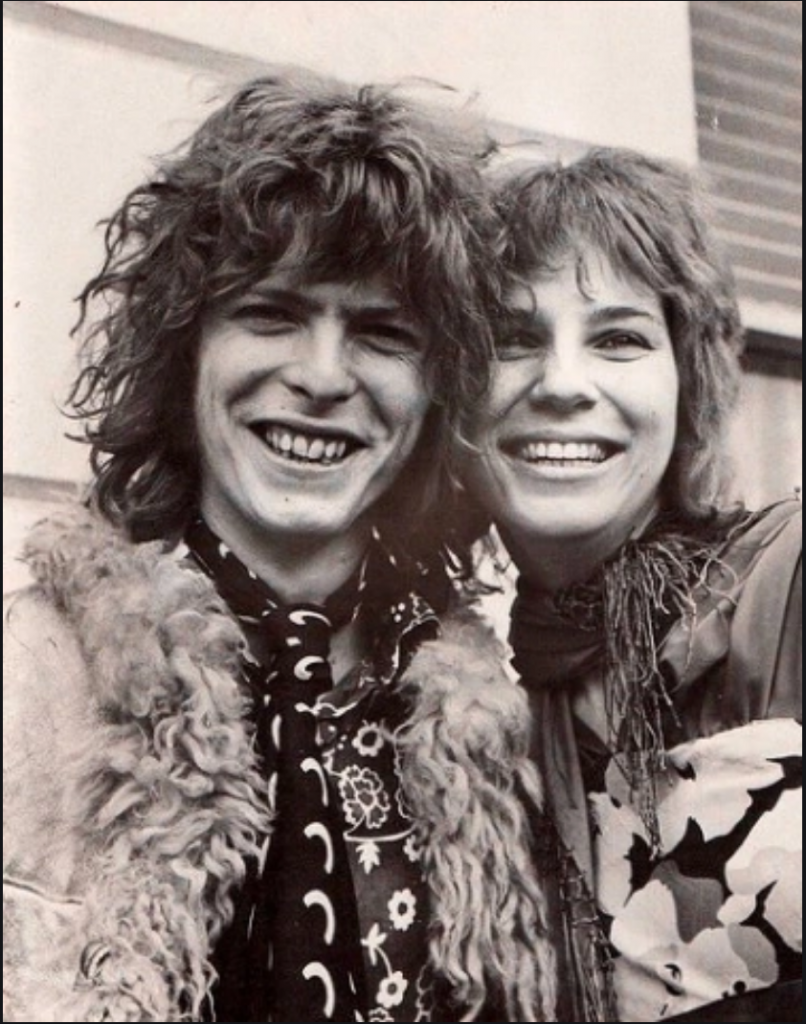 This was subsequently confirmed by very broad creative accounting language in that contract which describes the artist receiving a 5% royalty on 90% of the retail price ($4.98) and subject to further deductions resulting in $0.02 on a $5 album. The record company’s cost of making an album including pressing, royalties and packaging was 65cents. They could sell it for between $2.50 and $3, a return of $1.85 to $2.35 per album. Mercury also owned “All the recordings, records, films and reproductions together with performances……..” as shown by extracts from his 1969 Mercury Agreement below. The only way forward was to terminate that contract, recover all the rights and make new arrangements to secure ownership of past and future rights and negotiate higher royalties with less deductions. 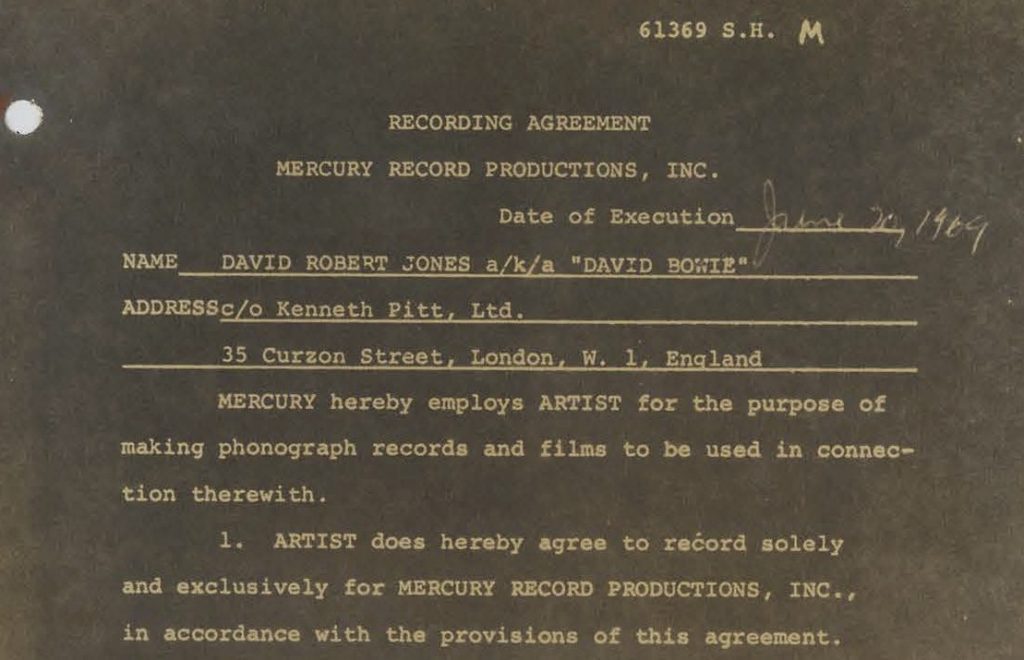 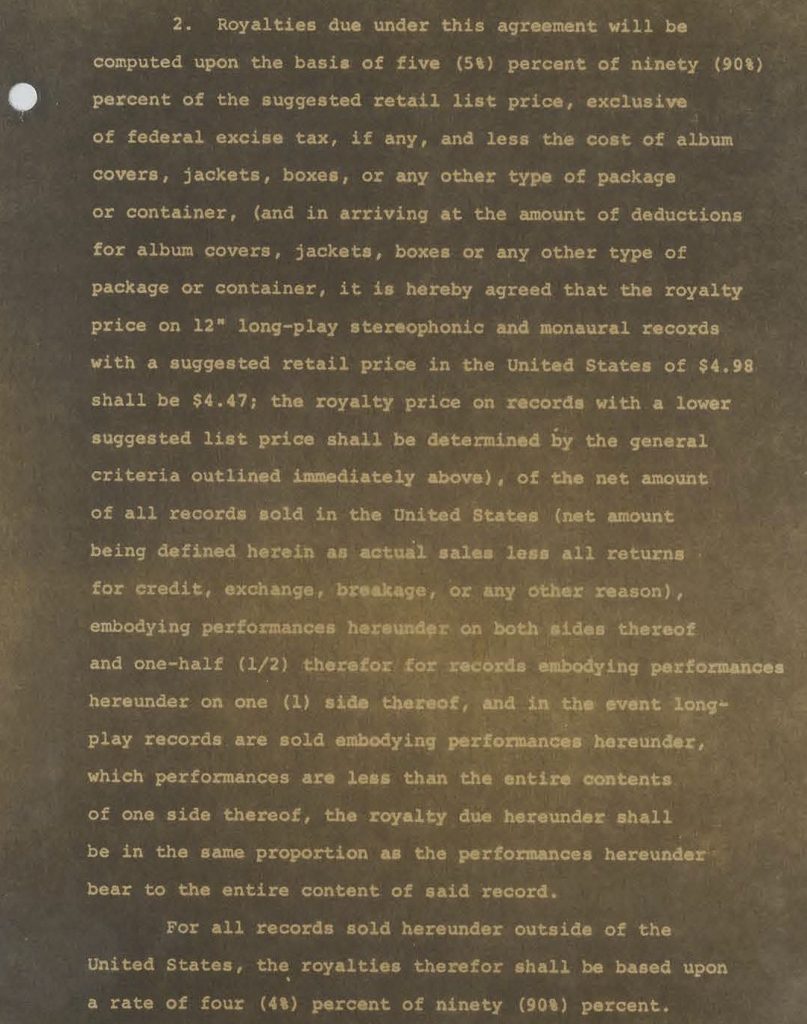 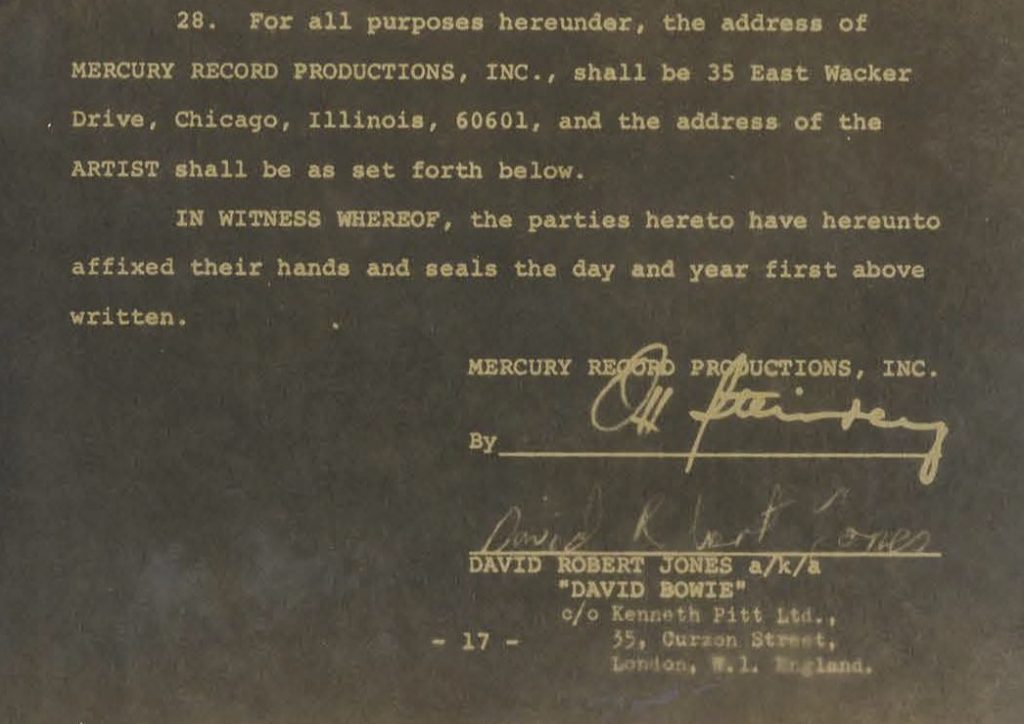 To accomplish this I suggested an unorthodox arrangement where I would fund all David’s personal living and working expenses giving him complete creative freedom, in exchange for his exclusive services and an equal share of the results and proceeds after all those expenses were recovered. The deal allowed him to write, compose, perform, produce and record at my expense without any obligation to repay those expenses unless we succeeded in earning enough from his services to recover them. In that case we would share all rights recovered or created, all net income earned and all future rights and net income equally. I had established a simple formula for protecting clients from themselves and others by simply referring all questions or discussions to me. Before taking the first step, which was to fire his then manager and set in motion a complex train of events to free him from all other obligations and lead to many questions, I explained to David that his only response should be “Talk to Tony”.

I was the only manager in the world who could offer such a deal to an unknown artist. The only other manager with the necessary reputation, skill, and experience was my friend and one time mentor Allen Klein but he only worked with successful artists. Allen was a legendary figure who began his career as an accountant and auditor by adopting aggressive tactics that terrified major record and music publishing companies. One of my favourite examples is the breakage story he told me himself when we were working together on Mickie Most, Donovan, The Stones and The Beatles in the 1960’s. While he was conducting an audit and contract negotiation for a high profile very successful artist he identified significant deductions for breakages of 10% on vinyl record sales. He asked the record company for samples of the albums concerned and took them to his home and office where he and others tried and failed to break or destroy them in ways that might be encountered during normal operations. As a result Allen demanded a meeting with top executives of the record company where he brought out those albums and asked them to show him how they got broken in such large numbers. They tried and failed to break them and Allen berated them for not trying hard enough and suggested they drop them, throw them on the floor, twist them and stamp on them but nothing worked. He then informed them that unless the breakage language was removed from all his clients contracts and all previous breakage deductions were promptly refunded with interest he would seek a restraining order to prevent any further record sales. They agreed although the refunds were enormous because they knew if they did not comply and Allen sued then every artist under contract to them would make similar demands.

This slingshot strategy was what I intended to use to release David from his existing contracts and set the stage for creating Bowie. 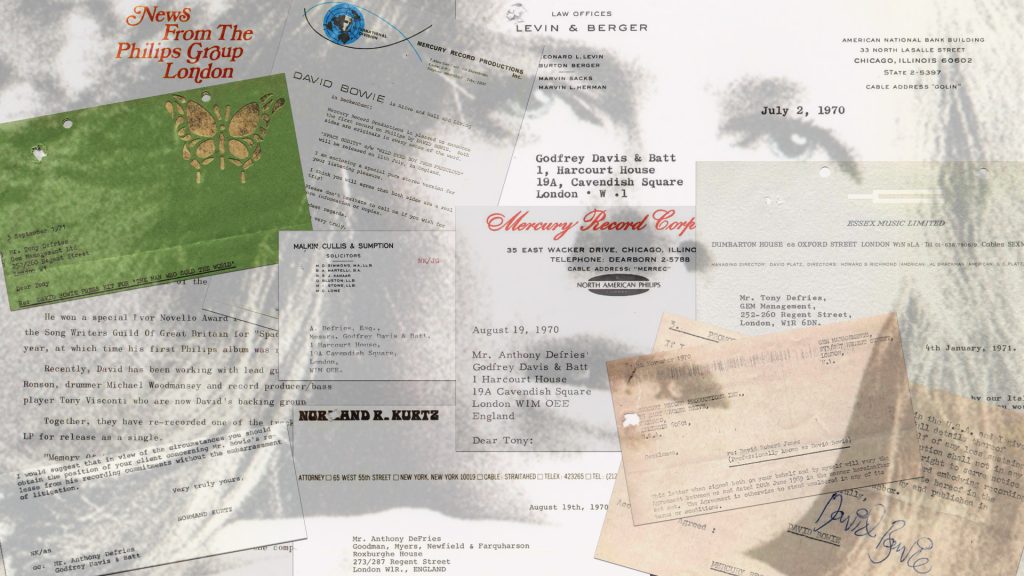 Slings over 3,000 years old have been found in the tomb of Tutankhamen and many other even older locations. The story of David and Goliath illustrates how instead of attempting single combat at close quarters with a much larger, heavily armed and experienced opponent David adopts an entirely unexpected and unorthodox strategy. Staying  out of range he selects small well rounded stones from the bed of a stream as ideal projectiles. His target is the unprotected head of Goliath who expects him to come closer and has not yet put his helmet on. Skilled in whirling the sling to achieve maximum velocity and force David strikes Goliath on the forehead and renders him senseless. Then he races forward and beheads the giant with his own sword.

In orbital mechanics gravitational slingshots can be used to increase or decrease the velocity and direction of a spacecraft by using the vast difference in size and mass of both objects. Missions to the far side of the Moon, other planets in our solar system and interstellar space have used this strategy.

I was a small force using the much larger mass and inertia of my opponents as a slingshot to accelerate releases and recover rights from them while the dynamics of that interaction obliged Mercury to continue paying for recording costs and a promotional trip for David to the US. I used those funds to hire outstanding arrangers and musicians, especially Mick Ronson, that could improve the musical depth and rock styling of David’s songs and give me ammunition to make a new deal. Because record companies were wary of each other over keeping and acquiring talent it was possible to have confidential high level discussions about an artist signed to another label. This used their mass inertia of suspicion as a reverse slingshot to create the impression that the artist was an important and desirable acquisition.

This is how the game began……