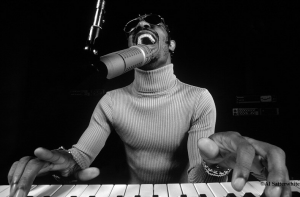 As he continues to reminisce about his list of projects 50 years ago Tony Defries tells the story of the time he was asked to oversee a strategic career review by Motown legend Stevie Wonder. 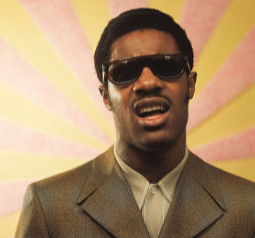 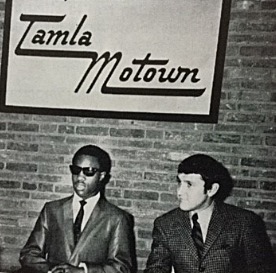 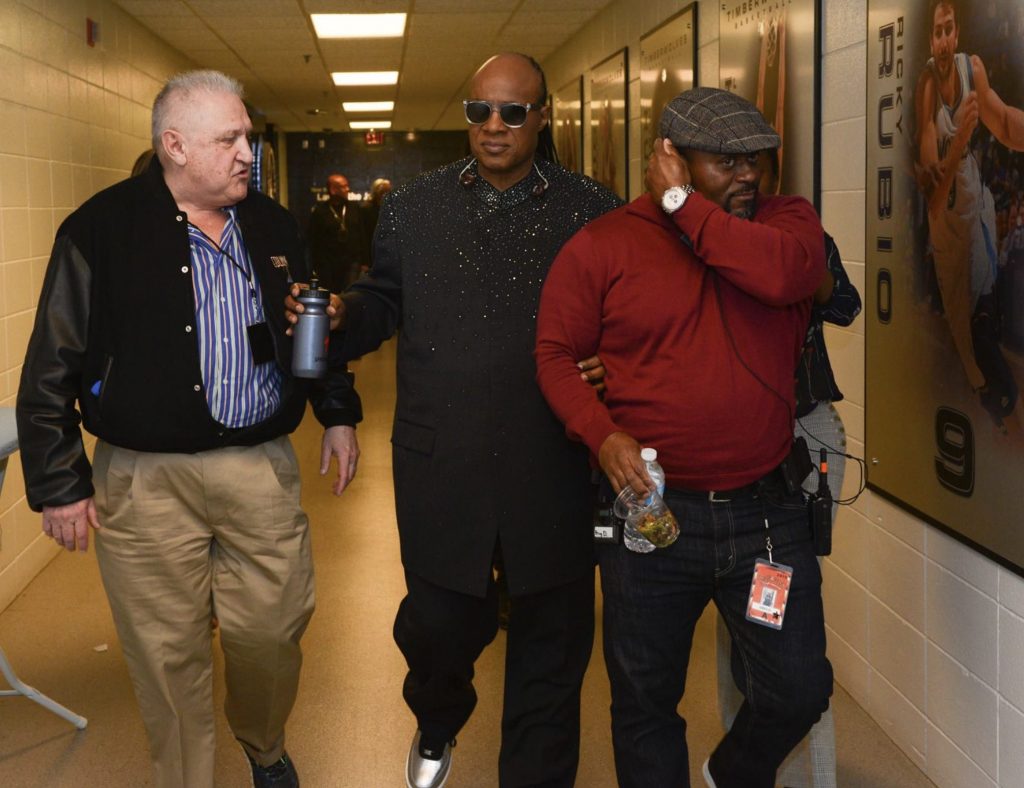 In May of 1971 the Motown superstar was turning 21 and he and his collaborator and Motown manager at the time Don Hunter, decided it was a great opportunity for Stevie to take stock of his position at Motown. Once he turned 21 Stevie would be in a legal position to take personal control of his music and affairs, which up until that time had been overseen by Motown founder Berry Gordy.

Gordy employed several producers and managers tasked with looking after the day to day affairs of his biggest acts. Don Hunter was the first white manager to be employed by Berry and he worked primarily with Stevie in the late 60’s. Don was very aware of how tightly Gordy controlled his superstar hit maker. Like all Motown acts Gordy exercised total control over every aspect of Stevie’s creative output as well as his finances. 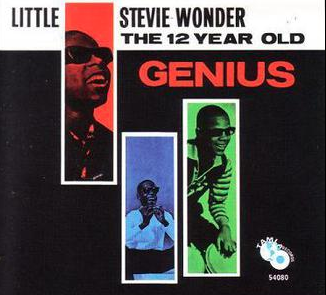 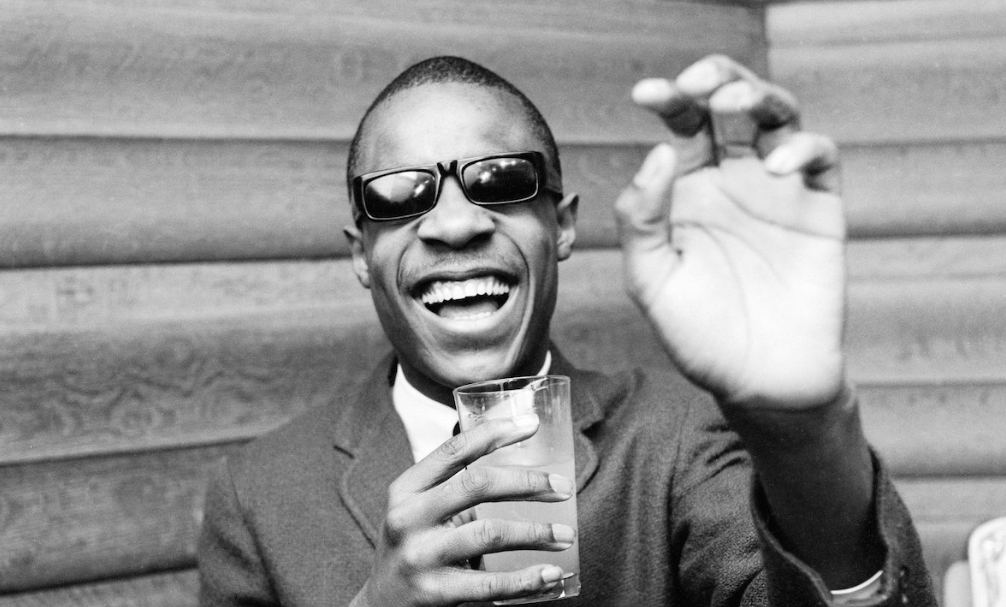 Over the years working with Stevie Don learned a lot about the financial deal Berry had made with Stevie and got to see first hand how Gordy controlled the songs he recorded and released.

With Stevie’s 21st birthday approaching Don discussed with Stevie the potential to use his new adult status to take creative and financial control of his future career. Don had heard about Defries’ helping artists to gain ownership of their music. As a precaution he first approached Defries as a writer/producer for help to put together a girl group and make an independent record deal for them. Later Don told Defries about his work with Motown and Stevie and asked him to meet with Stevie, examine his situation and suggest a strategy. 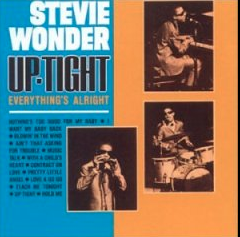 For the next 9 months Defries worked closely with Stevie in secret to explore his options and ultimately arranged for him to recover control of his music, recordings and publishing.

Stevie had signed with Berry Gordy’s Motown label in 1963, so by the time he and Don began making plans for Stevie’s future after he turned 21 Stevie had gained substantial understanding of how Gordy structured his deals and the percentage of earnings he was taking. 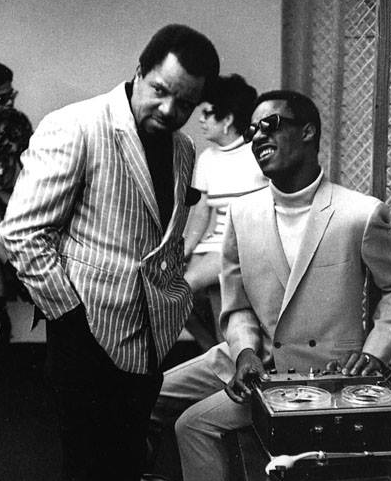 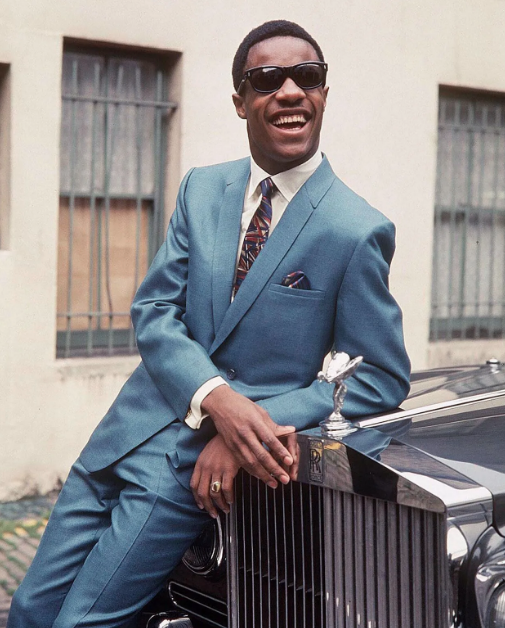 After Don had met Defries and explained his plans to explore options for Stevie outside of Motown, they decided to pursue a secret strategy. Don introduced them backstage after one of Stevie’s London concerts and  discussions continued. Stevie explained that after several years as one of Motown’s biggest stars Gordy still considered him to be ‘Little Stevie Wonder’ and insisted on using the same musical formula that had been successful for so many years. 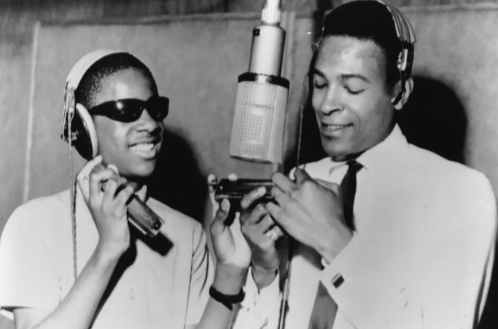 Stevie wanted to pursue other musical directions – use his immense talent to explore political and social themes, which Berry was very much against. He didn’t want to break the mold. Stevie was keen to write songs which he explained would ”touch on the social problems of the world”, and for the lyrics “to mean something” – a vision he shared with fellow Motown artist Marvin Gaye. 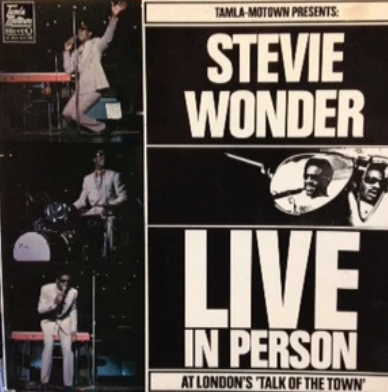 After their London meeting it was agreed that Tony and Don would travel to America and continue these discussions in secret. Meanwhile Tony would make confidential approaches to other record companies in order to gauge their interest in signing Stevie.

Don arranged for Tony to stay at his parents house in Minneapolis and travel to Detroit to meet with Stevie and his wife Syreeta. When Tony and Don arrived in Detroit several Motown acts were at the airport and spotted them so their plan to remain invisible didn’t quite work out!

Having spoken to heads of all the major record labels Tony arranged  a series of confidential meetings with Stevie in New York and he played them a cassette recording of songs for his next album. Tony, his partner Laurence and their attorney Normand Kurtz flew to Los Angeles for meetings with West Coast industry execs to discuss the finer points of potential deals. 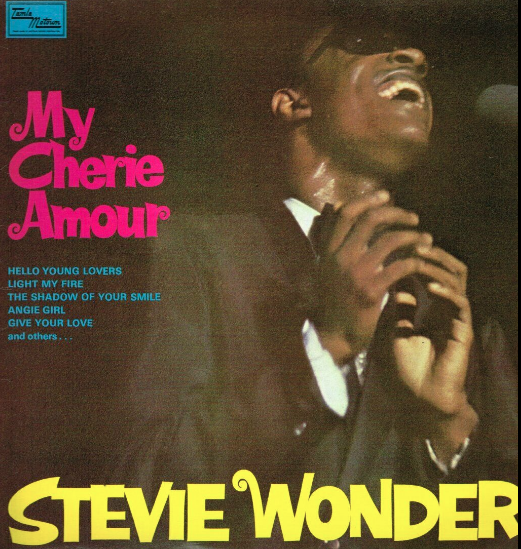 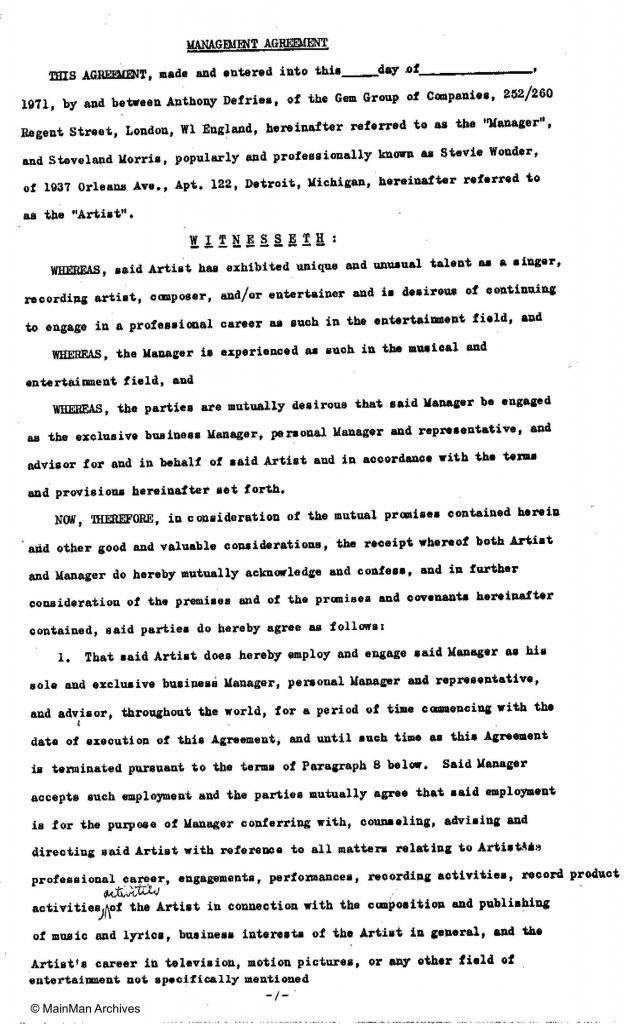 As his 21st birthday approached Tony arranged for an independent US attorney to represent Stevie and draw up a management agreement between Tony and Stevie that needed to be in place as soon as Stevie had turned 21 if he decided to leave Motown.

As the date approached when Stevie was due to explain his plans to Berry, Tony and Don traveled to New York where Stevie was performing a series of concerts. Motown had booked 3 floors of the Hilton hotel on 6th Avenue for Stevie and his entourage. 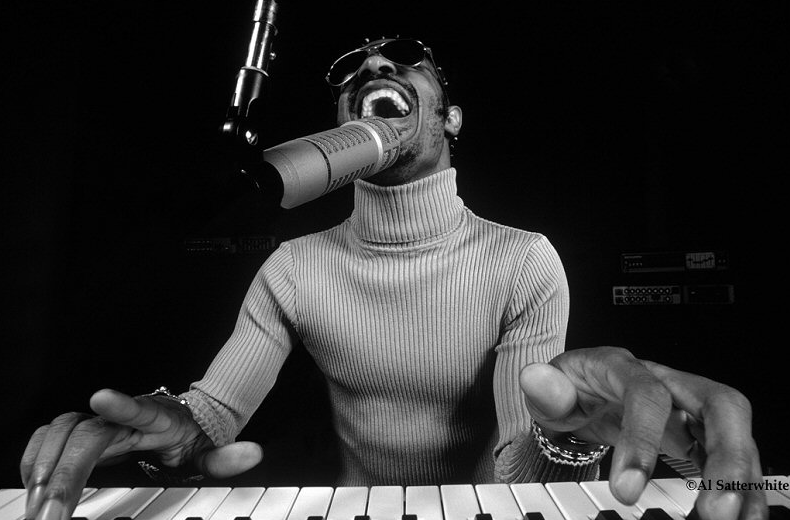 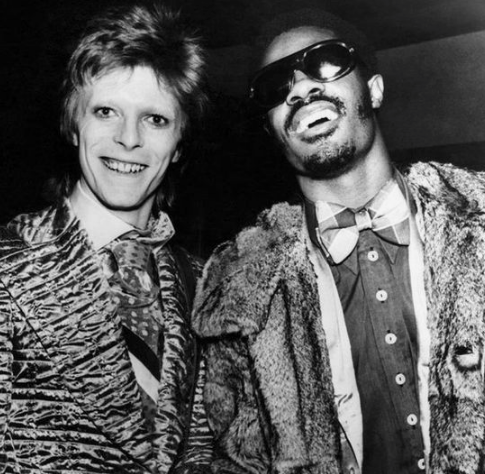 When Stevie finally broke the news to Berry and explained how he wanted more creative and financial control of his career, Berry countered by offering to reach an agreement. To ensure that Tony and Don could not make any further contact with Stevie, he and all of the Motown staff checked out of the Hilton and returned to Detroit overnight.

In anticipation of such an outcome Tony had provided Stevie with a contingency plan by explaining that he needed his own label and publishing company administered by Motown but owned and controlled by Stevie and had introduced him to Johanan Vigoda who was an experienced music business attorney to handle those negotiations and arrangements. This strategy allowed Stevie to remain with Motown and fulfill his ambitions and potential – Becoming Stevie Wonder. 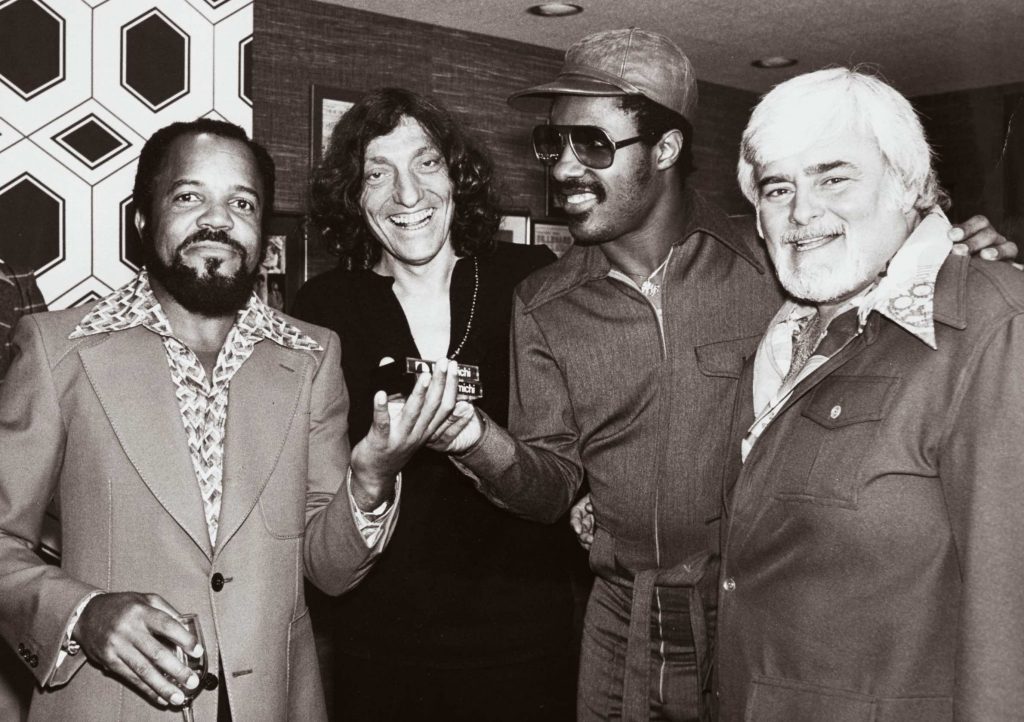 Although Stevie eventually decided to remain with Motown, the plans that Tony had put in place for him enabled Stevie to radically change the terms of his relationship with Motown and gave Stevie full creative control subsequently releasing albums that would come to be regarded by rock historians as his classic period including Talking Book, Innervisions, Fulfillingness First Finale and Songs in the Key of Life. 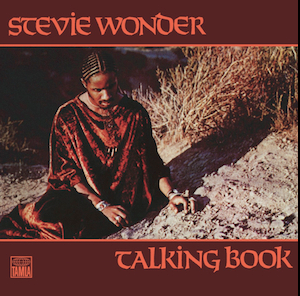 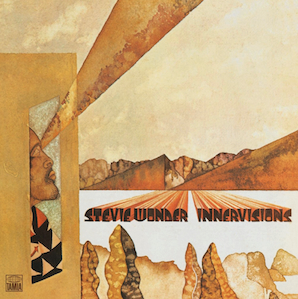